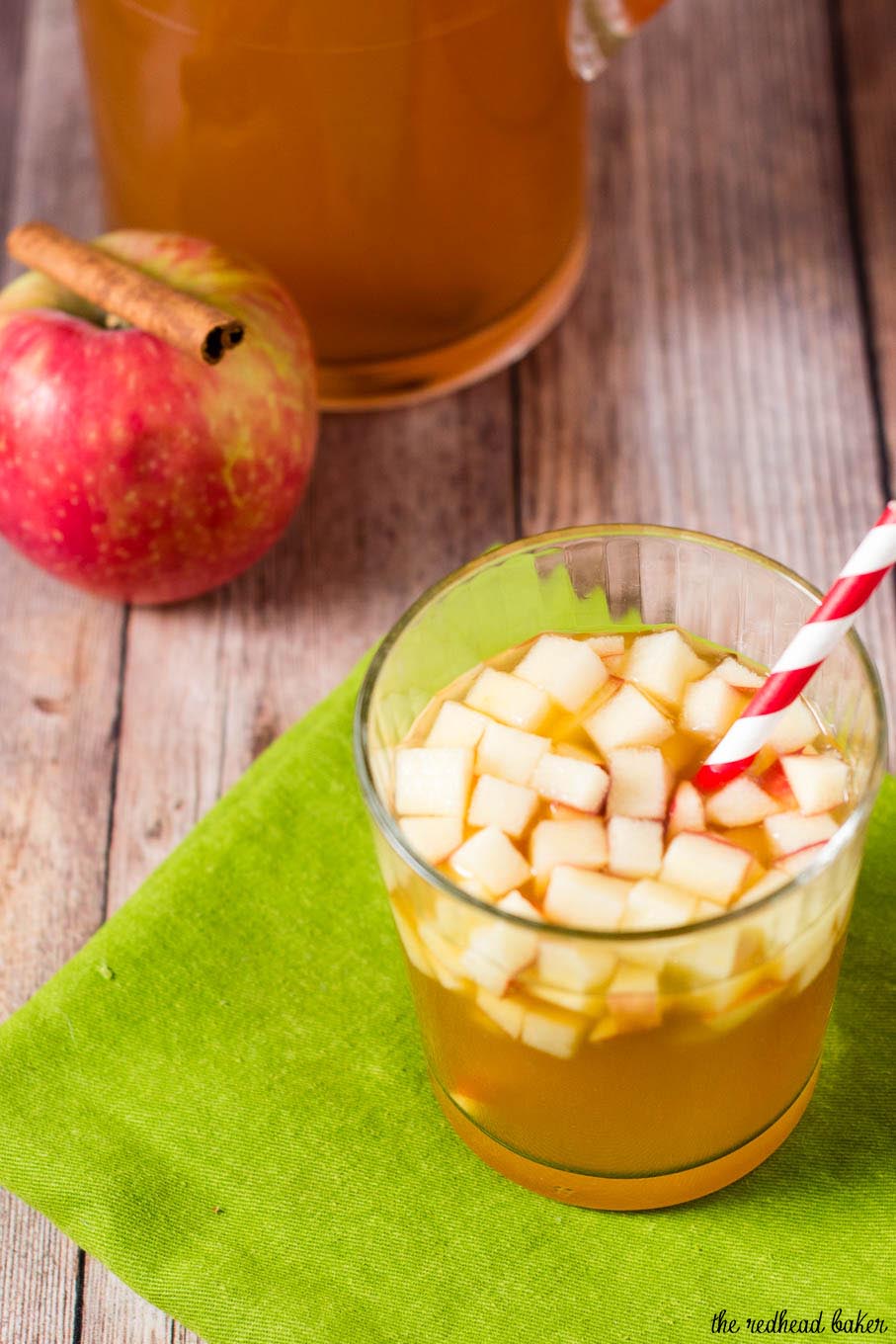 Welcome to Apple Week, hosted by Cooking with Carlee! My fellow bloggers and I are sharing more than 100 recipes over the course of this week featuring apples in all forms! Apples, applesauce, apple butter, apple cider, etc.! PLUS, you can enter to win some awesome prizes! Details on the prizes and the entry form are further down the post. 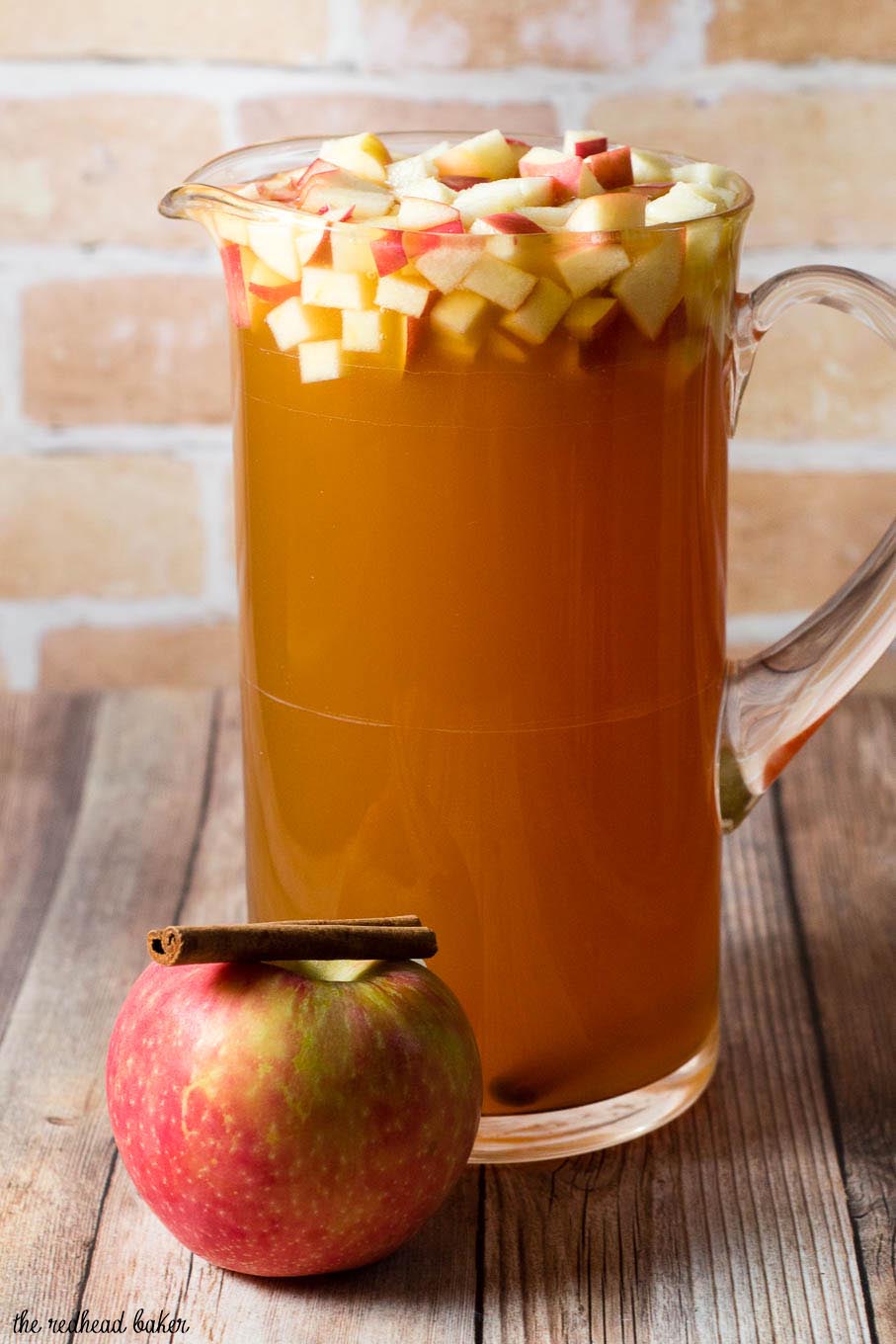 I'm kicking off the week with cinnamon apple cider sangria. I didn't try sangria for the first time until I was 29. Prior to that, I couldn't imagine drinking wine with chunks of fruit in it. Now, I make it quite frequently, summer, spring, winter or fall!

This starts with a bottle of white wine. I chose a bottle of pinot grigio described as having notes of apple and pear. It doesn't need to be a top-shelf bottle of wine, but it should be one you'd enjoy drinking on its own. If you don't have cinnamon whiskey (but you have some left over from last year's cranberry cinnamon whiskey sour, right?), you can use the same amount of regular whiskey or bourbon, and add cinnamon simple syrup to taste.

Once you're done checking out the prize packs and the recipe, don't forget to scroll down to the bottom of the post and check out some other Apple Week recipes!

Prize Pack #2 from Dreamfarm and Casabella:

A goodie basket of Flahavan's items

A prize pack from Veggie Wash 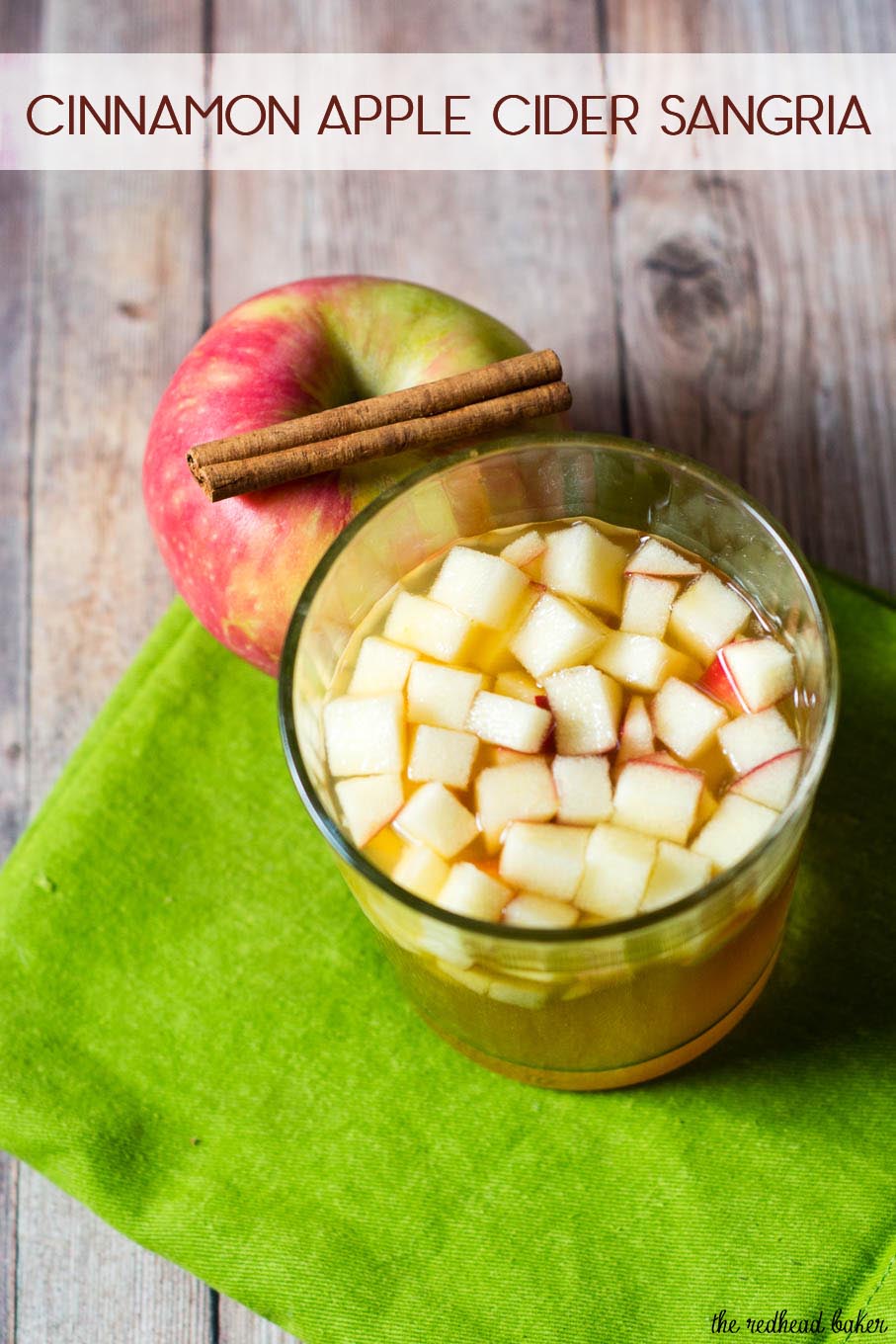 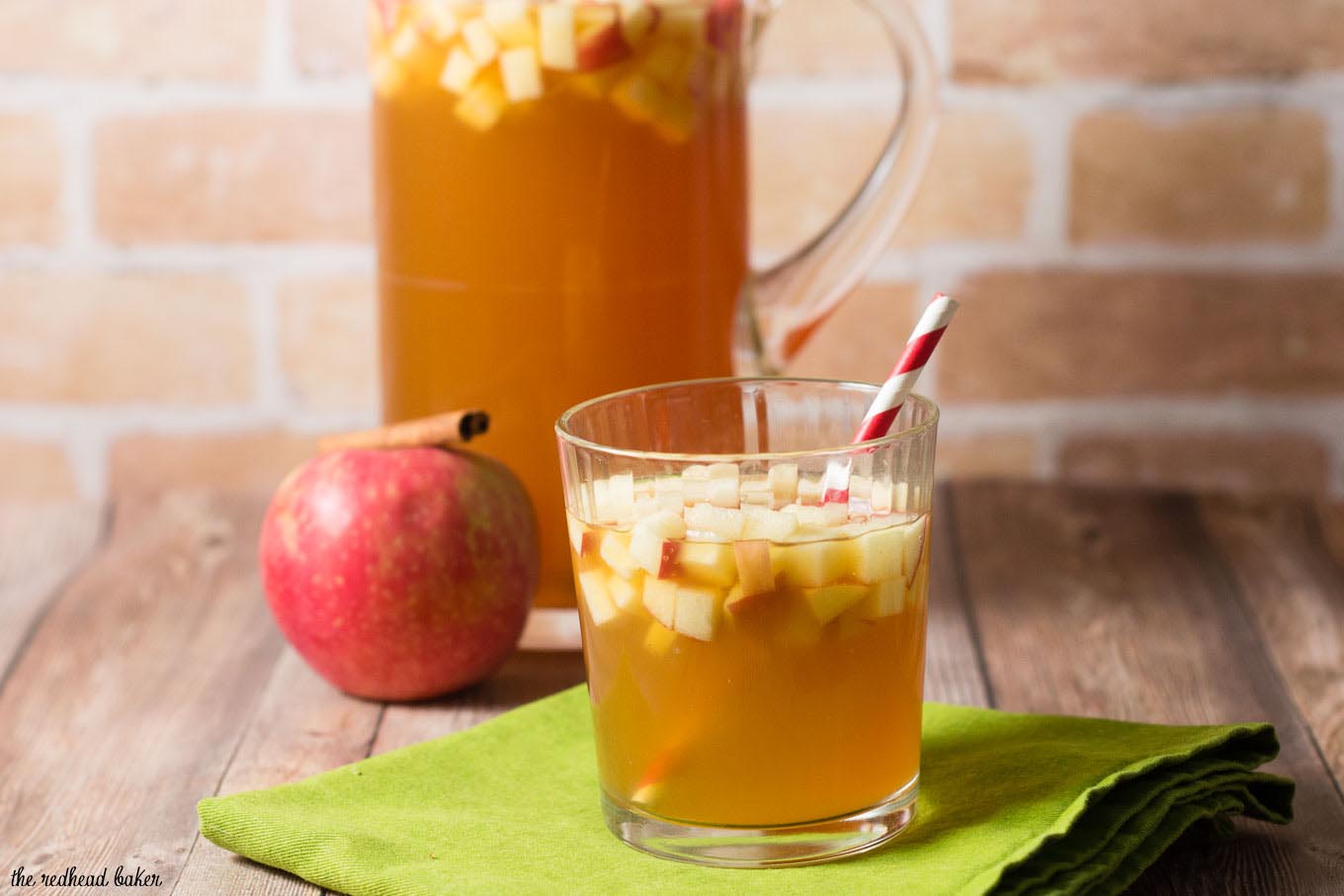